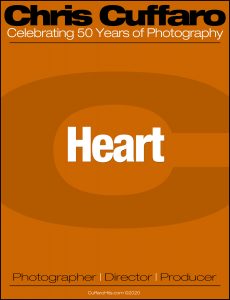 Way back in 1985 I did this shoot with Heart’s bass player Mark Andes. No big deal, but days later I had to show him the pix and met him down in Long Beach. His band Heart was doing rehearsals for they’re upcoming tour. After the meeting with Mark, he asked me if I wanted to stay while they rehearsed. The band play the whole show just for me and the crew. I was the only one in the audience. My own fucking Heart concert!!