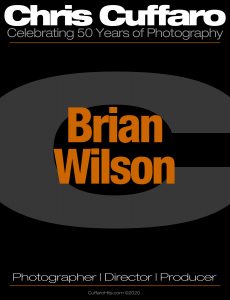 Back on March 3rd, 1995 I was hired by Entertainment Weekly to shoot The Beach Boys. NOT the band, but Brian Wilson and Mike Love. We met and shot at a hotel in Malibu on PCH. This was a BIG deal for me since I grew up listening to them and saw them play in the 70’s. Mike Love was super nice and easy to shoot. Brian Wilson was a different story. It was weird trying to give him direction. I had to tell his wife and then she had to tell him. It was like he could only hear her voice. Made for a strange shoot, but it was Brian Wilson so I didn’t care.